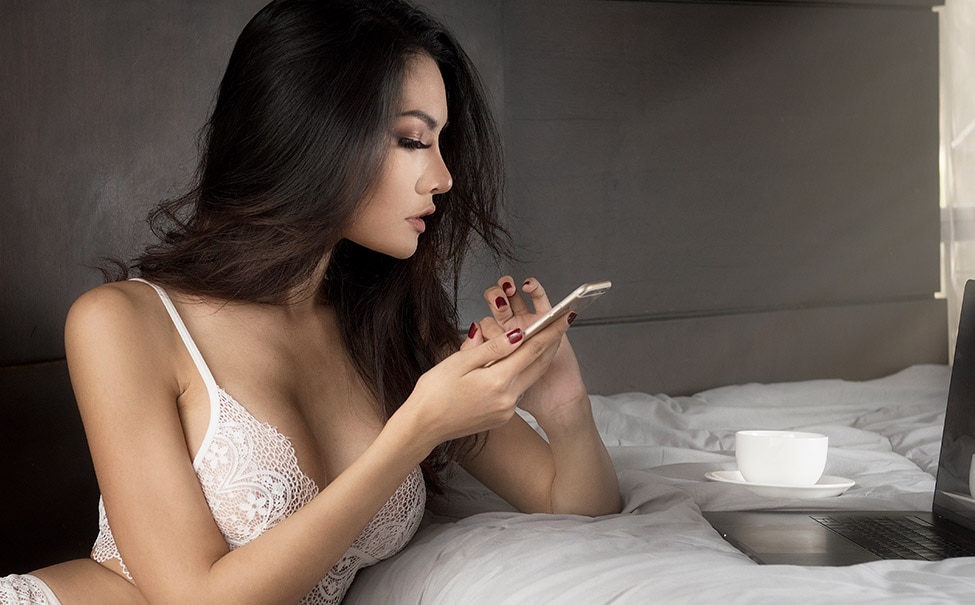 Although many guys don’t like to admit it, texting is hugely important when you like a girl. The reason why is that over the years, texting has become extremely common, with millions of people preferring to communicate in this way. If you know what to texts to send, you can make her feel the same as you may be able to if you were actually with her. Texting her the right way could be the difference between her giving you the brush off and really falling for you. Here’s how to make her want you over text.

How to make a girl want you via text

Many guys don’t put much effort into text messaging, and this is usually because they don’t understand just how important it is when texting girls. The right texts can change the way she sees you for the better, making her want you as her boyfriend rather than a friend. It’s actually easier to get a girl to like you with a few well thought out text messages than by taking her on dates and showering her with expensive gifts. Read to discover how to get a girl to like you over text.

If you want to make her miss you when you’re not there, it’s important not to text too often. This is one of the biggest mistakes that guys make when texting girls they like. The truth is, nothing can ruin your chances with a girl more than bombarding her with messages. It will simply make you look desperate, and she may become fed up quickly and move on due to the lack of challenge. A good tip is to send her the same amount of texts as she sends you. You should also try to avoid sending needless texts and texting if a response isn’t necessary.

Know that timing is everything

Timing really is everything when it comes to making a girl like you over text. Don’t text her when you know she’s busy with other things. You want her to feel pleased to receive your text, rather than annoyed that you’re messaging her when she’s preoccupied. Night-time is a good time to text her, as chances are she’ll be at home and free to reply to you. Text her at night when she’s in bed relaxing. There’s something very sexy about texting someone at night, and so this can only benefit you if you’re looking to make her want you. A late-night texting session is a great opportunity to get a bit raunchy with her. Think of some questions to ask your girlfriend to turn her on and go from there.

Start with a short, casual text

Knowing how to start a text conversation with a girl is very important. If you’re texting her for the first time, don’t overthink it. Rather than sending for a lengthy message telling her your life story, simply say something like “Hey, how are you doing?”. It should be a warm and friendly line that opens the conversation. There’s no need for an elaborate introduction. You should also try to keep following texts short, as this will keep the communication flowing. Long texts may make her feel bored as she’s waiting for you to reply, whereas short and sweet texts will keep her phone beeping as she receives them, which means all her attention will be on you.

Show interest in her life

Make sure you show interest in her daily life when texting a girl. Rather than talking about yourself, ask her about her day. Show that you’re interested in finding out more about her whilst you’re texting. It’ll not only make her feel special and show that you care, but it will help her to open up, which can only be good if you’re hoping to date her. To find out more about her, think of some questions to ask a girl over text. Examples might include, “Do you enjoy your job” or “If you could go anywhere in the world, where would it be?”. These are questions that show that you’re keen to know more about her because you really like her.

Whilst you should certainly aim to flirt with her occasionally over text, you should try to avoid doing so at every opportunity. If you flirt too much, she’ll quickly lose interest. Instead, talk about daily activities and let her know that you really do want to know more about her life. When you sense that the time is right to flirt, try to do it subtlety to avoid being too full-on. Depending on her nature, she may find in-your-face flirting too much and it may scare her away. If she responds to your flirting, this is when you can turn the dial up and start sending a few dirty texts. For example, you could tell her that you’re up to something naughty, or that you’ve just stepped out of the shower. This will get her mind racing. Knowing how to tease a girl over text can be invaluable!

What to text to arrange a date

If you’re aiming to arrange a date with the girl you’re texting, read on. You might assume it’s a complicated task, but it really doesn’t need to be. It may be huge for you but try not to go over the top. In fact, you shouldn’t even say the word date. Instead, say something like “I know somewhere that doesn’t fantastic steaks”, or “I fancy going to the movies. Wanna join?” Making too much of out of asking her out might just scare her, so keep it simple and she’ll be much more likely to say yes to your invite.

Hopefully, this article has helped you to know how to make a girl want you over text. Rather than overthinking things and being too full-on in your messages, it’s best to keep things simple. Short and sweet messages sent at the right time will go a long way to making her like you as more than just a friend. Keep it casual and friendly and show a real interest in her life. If you can do this, you’ll get her feeling so great that she won’t be able to resist you.