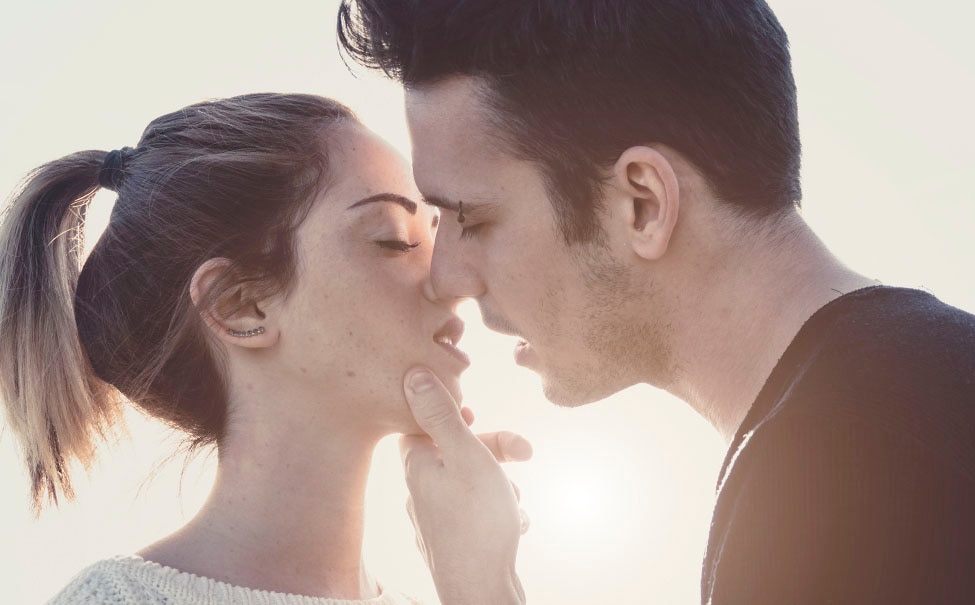 It doesn’t matter what you want to call it: lip locking, smooching, playing tonsil hockey – kissing is a lot of fun and there are countless ways to do it! Some people use it to greet friends and family while others see it as an intimate act only to be done with their partner. Kissing is one of those things that humans do that doesn’t have a clear explanation.

A Kiss is More Than a Kiss

Did you know there were actual scientists who study why we kiss? These smooch-scientists are Philematologists, and even they are stumped on why we love to pucker up. Most theorize that it comes from when primate mothers who pass along partially chewed food to their babes. This lip on lip contact may have been passed on to us via evolution – not necessarily as a means to feed our young, but to promote social bonding and expressions of love and affection.

It is now believed that kissing plays a role in passing on information from one person to another. The types of kissing we associate with a romantic relationship can help us choose the right partner, relay chemical signals, and even strengthen long-term relationships. All of this will lead to the ultimate goal of the human species: procreation.

Kissing gives us a chance to get close enough to someone to determine the essential characteristics that we aren’t currently assessing. This is done by the creation of pheromones; those chemical signs that are passed between humans that will help us determine if this mate is suitable or not.

How Men and Women Kiss

According to a research conducted in 2007 by a group of researchers at the University of Albany, kissing isn’t as important to men as it is to women. More to the point, of the 1,041 college students surveyed, most of the women stated they wouldn’t sleep with a man without having kissed him first. The opposite is true when it comes to the men.

Furthermore, researchers believe that men will initiate a French kiss before a woman will because there is testosterone in saliva, which can heighten one’s libido. These researchers also believe that a guy may be able to determine (unconsciously) whether a woman is fertile or not by picking up on her estrogen level. Interesting, right?

Why Does Kissing Feel Good?

Science aside, there’s no denying that kissing just feels good! The reason why it feels so great is because it releases a slew of those feel good chemicals that are key in reducing stress and increasing social bonding. It is commonly believed that women need to kiss more to stimulate that feeling of attachment and bond with her partner, which makes complete sense if you think about it.

Want to know the best part of kissing? You don’t have to think about it. Just pucker up, close your eyes and smooch. Now… French kissing. That’s a whole other story for another day!